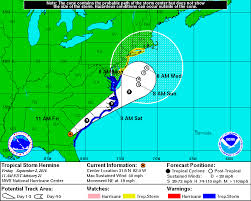 “While it is too early to determine what path this storm will take and how it will impact our region, it is not too early to take measures to protect your family and property from the potential impact of Joaquin and the Nor’easter that are currently forecasted to impact our area.,” Bascom said. “Protecting ourselves from potential storm damage is something we have become accustomed to along the Jersey Shore.”

Bascom said people should have an ample supply of food and water at home in case of power outages or travel restrictions. People should limit travel and stay indoors while the storm is active. Coastal flooding is currently projected to cause roadway flooding, but emergency management officials will monitor forecasts closely and take appropriate actions should the flood threat become more significant.

“With the possibility of threatening weather, I urge our residents to follow reports on local radio, TV and the Internet for the latest weather information.” said Mayor Mary Beth Jahn. “If you haven’t already done so, now would be a good time to load the free Neptune OEM “app” on your cellular phone.”

The Township is monitoring the levels of Lake Alberta, Fletcher Lake, and Wesley Lake and plans to lower the lakes to increase their capacity to accept storm water from the street drainage systems. While this helps, it does eliminate the threat of street flooding, thus residents are urged not to park in flood prone areas.

The State Office of Emergency Management has prepared a “Hurricane Survival Guide for New Jersey” that’s a complete resource for preparing your home or business for hurricane season. You can find it on the New Jersey OEM website, www.ready.nj.gov/.