This all volunteer rapid response unit has been formed as a result of an Inter-local Service Agreement between the Borough of Avon-By-The-Sea, Neptune Township, Neptune City, and Bradley Beach in order to support volunteers and equipment owned by volunteer and municipal agencies who respond to emergencies in and on the waters of the Shark River and the Atlantic Ocean and within the boundaries of our respective municipalities.

The purpose of this venture is to reorganize and combine existing resources of these agencies, including, but not limited to lifeguard crews, fire companies, EMS agencies, police departments and search and recovery dive teams to form a single rapid response water rescue team with land based coordination. 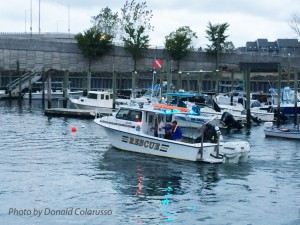 Training for all members of this unit will be conducted under the auspices of the Office of Emergency Management of the involved municipalities and in accordance with the standards and guidelines of the U.S. Lifesaving Association.

Once established this newly created unit will offer its services by providing rapid response to all water related emergencies and especially life threatening emergencies, which include, but are not limited to bathers in distress, drowning victims, distressed boaters, boating accidents, diving accidents and hazardous material incidents, as well as any other water related emergencies governed by our respective municipalities. 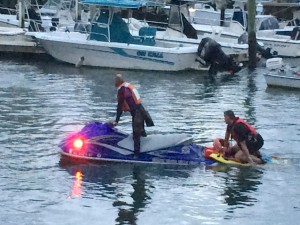 This unit will provide rapid response on a twenty-four hour basis whenever reasonably possible and to make every effort to establish a network by which various levels of response personnel may be notified in a timely manner.

The A.N.S.W.E.R. offers its services either by the signing of mutual aid pacts or by the amendment of its original Inter-local Service Agreement to include municipalities between the Borough of Allenhurst to the North and the Borough of Spring Lake to the South and the Township of Wall to the West.

The goal of this unit is to provide a rapid response Unit to any water emergency with the combined rescue resources of all of the agencies mentioned above, in a coordinated fashion to bridge the gap between land-based rescue units in these municipalities and the rescue units of the United States Coast Guard.